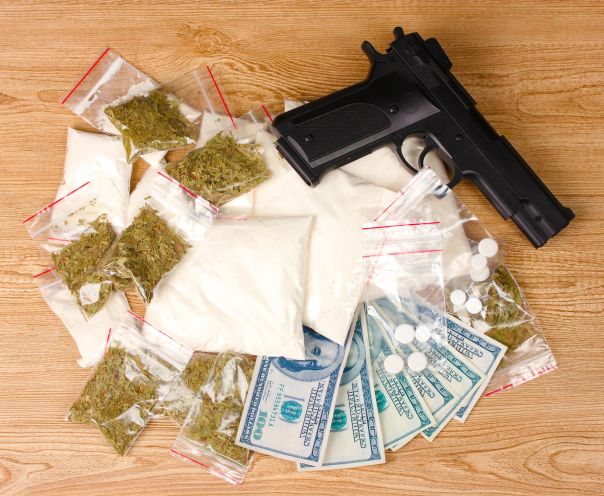 While the most common charge filed in drug arrests in 2008 was possession of marijuana, many individuals were also charged with the sale or manufacture of drugs such as heroine, cocaine and other dangerous non- narcotic drugs, such as barbiturates and benzedrine.

According to Maryland state law, drug charges are classified according to the type of drug involved, as well as the amount of the drug that is found (based on the drug’s weight). In the most serious drug offense cases, the accused can be facing anywhere from 30 years to life in prison, particularly if the defendant has previous felony convictions or is also convicted of other serious crimes, such as homicide or aggravated assault.
Because drug charge convictions can carry life sentences and other severe penalties, it’s crucial that anyone convicted of drug crimes in Baltimore (or the State of Maryland) contact the Law Offices of David B. Shapiro. Mr. Shapiro has a proven track record of success in handling even the most complex drug cases. He recognizes that the penalties associated with these types of cases are severe and can damage a person’s life forever. He, therefore, strives to provide a thorough and effective defense.

In general, drug charges for controlled substances such as cocaine and methamphetamine are more serious and, consequently, carry harsher sentences than those for marijuana. Depending on the nature of the alleged incident, law enforcement officials may charge someone with any of the following offenses:

Specifically, the following are the classifications of and sentences associated with the following drug charges in the state of Maryland:

In most cases, charges for cocaine, heroin, amphetamine and other controlled substances will be felonies that come with prison time. While any felony charges can carry a fine up to $25,000, misdemeanor convictions can carry fines up to $2,500.

To help get the charges against his clients reduced or dropped entirely, Mr. Shapiro works diligently and tirelessly to build the strongest defense possible. In addition to compiling all evidence that supports his clients’ claims, he examines the facts of the case to find out if any part of the arrest and subsequent investigation was performed illegally. Mr. Shapiro is extremely knowledgeable about Maryland drug laws and will do everything possible to achieve favorable outcomes for his clients.
Schedule a free and private consultation with Mr. Shapiro today by calling (410) 576-9100.