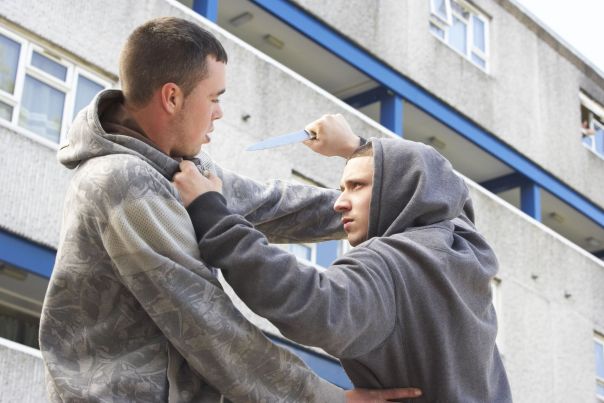 Maryland law defines assault as the act of unreasonably frightening another person and making him or her think bodily harm will be done to him.Battery, which is considered to be a separate crime in Maryland, is the act of knowingly causing physically harming to a person (or provoking insulting physical contact with another) without legal justification.Should an individual be accused of assault or battery in Chicago or its surrounding areas, his or her sentence has the potential to be significantly harsher if the act:

In 2008, nearly 5,000 people were convicted of aggravated assault in Baltimore. This represents nearly twice the national average for aggravated assault convictions.At the Law Offices of David B. Shapiro, we offer free initial consultations to those accused of assault or battery in Baltimore and the State of Maryland. Mr. Shapiro has handled hundreds of trials in Baltimore and recognizes that convictions come with harsh penalties. His practice is committed to providing aggressive criminal defense to the accused.Aggravated Assault & Aggravated Battery ChargesWhen the term aggravated is placed in front of a charge of assault or battery, it means that the charges against the accused are more serious due to certain factors of the alleged act.A case may merit the charge of aggravated assault if the accused allegedly:

Aggravated battery charges are typically filed when the accused has allegedly:

Convictions of aggravated assault or aggravated battery will have different sentences based on the details of the case. However, in the worst cases such as aggravated battery with a firearm or aggravated battery against a police officer, the charges are considered to be Class X, and convictions can carry up to 30 years in prison.If you or a loved one has been charged with assault or battery in Baltimore, it’s important that you secure the best possible representation to ensure optimal outcomes for your case. The Law Offices of David B. Shapiro is dedicated to aggressively defending the rights of the accused. Mr. Shapiro will personally handle your case and fight tirelessly to get your charges reduced or dropped altogether.Don’t wait any longer, contact our offices today and start building a defense (410) 576-9100.